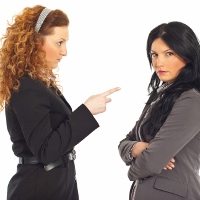 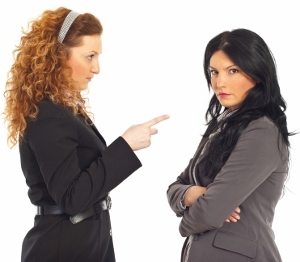 I often warn people that when they start studying relational wisdom, real growth comes through “homework.” That’s what happened last week to a young woman I’ll call “Susan” (all names changed), who just shared this story with me.

Susan’s boss, Barbara, asked her to make travel arrangements for a trip involving their entire executive team. Unfortunately, Barbara’s daughter, Debra, failed to provide Susan with information she needed to promptly reserve the airline tickets. When Susan finally secured the seats two days later, they were more expensive and the schedule was less convenient than originally planned.

When Barbara learned about the new schedule and costs, she lectured Susan about the importance of fulfilling her responsibilities on time. As the lecture continued, Susan felt a growing urge to defend herself by shifting the blame to Debra. But before she opened her mouth, she mentally reviewed the three steps of the SOV Plan.

First she examined herself. Her muscles were tensed up and her heart was pounding, sure signs of the adrenaline triggered by fear and anger. From past experience, she knew that these emotions could easily hijack her brain and prompt a defensive reaction that she’d later regret.

She then reflected on her job security. Her last performance review had been excellent, so she reminded herself that she was unlikely to lose her job over this issue.

She also identified her biggest obstacle: pride. She hated the thought that Barbara and others would misjudge and think less of her. But then she remembered that the best way to encourage others to think well of her was not to argue or defend herself but to continue to act with integrity and effectiveness every day in her job.

Susan then focused on Barbara, who was clearly angry. Her eyes were wide and her voice was sharper and louder than normal. Remembering times when she herself was that angry, Susan realized that Barbara’s emotions would make it difficult for her to listen objectively to an explanation … especially if it involved criticism of her daughter.

Susan recalled a time when another staff member had blamed Debra in front of her mother. It had not gone well. Barbara immediately jumped to her daughter’s defense and faulted the staff member for the problem. Clearly, blaming Debra for the poor travel arrangements would not help the situation, especially when Barbara was so emotionally stirred up.

Finally, Susan sought to identify the values that would help her respond to Barbara’s attack. With just a moment’s reflection, she knew she would be better off if she did not let pride or a demand for immediate justice control her words or actions.

Instead, she consciously decided to respond with humility, patience, self-discipline and respect. She also remembered an old saying, “A gentle answer turns aside anger.”

As she consciously took hold of these values, Susan could feel her body relaxing and her emotions subsiding. Seeing that this was not the time to make a defense or to blame Debra, she simply apologized for the disappointing travel arrangements and promised to be more diligent in the future.

As Barbara walked away, Susan decided to let things calm down for a day or so, and then consider whether it would be wise to talk privately with Barbara to explain the situation more fully.

But someone else beat her to it.

A manager who knew all that had happened approached Barbara the next day to explain Debra’s role in the delay. Although Barbara didn’t have the humility to apologize to Susan, Susan was relieved when the manager told her that he had clarified the situation … and commended Susan for her self-control in a difficult situation.

By quickly looking at the situation from three perspectives—being self-aware, other-aware and values-aware—Susan avoided a defensive reaction and responded in a way that revealed her relational maturity, prevented an argument with her boss and strengthened her example to her coworkers.