Relational Wisdom in the Workplace

The Value of Soft Skills 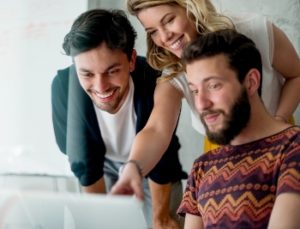 Relational wisdom can produce major benefits in any setting where people work together, whether in an office or warehouse, or on a school committee or nonprofit board.

These benefits have been well documented in the workplace, although it took managers a while to see how closely connected they are to relational skills.

For years companies typically hired new employees on the basis of their “hard skills,” which generally included their technical expertise, education, certifications, and experience—qualities that are usually related to IQ and can be listed on a resume.

Over time, however, corporate executives and human resource managers noticed that employees with impressive resumes were often difficult to work with, disappointing performers, and a detriment to the unity and productivity of their coworkers.

In contrast, employees with only average technical skills frequently proved to be the most respected, valued, and productive workers in an organization.

This pattern (and many related academic studies) led companies to realize that what often proves to be the primary factor in employees’ value to a company is their “soft skills.” These skills include abilities such as listening, empathy, communication, teamwork, problem-solving, and conflict resolution–the fruit of relational wisdom.

To see some of these qualities in action–and the career-changing impact they can have–watch how Will Smith handles a disastrous work interview.

What makes relational abilities so valuable to working with a group is that every team member’s soft skills have the power to magnify or diminish the value of not only their own hard skills but also those of the people with whom they are working.

The interface between these two sets of skills is illustrated by the following diagram, in which the operator is not a “+” sign but rather a “x” sign, which signifies the multiplying (or diminishing) effect of every worker’s relational skills.

For example, if one member of a team is arrogant, insensitive, or insecure, and tends to discount or criticize others’ accomplishments or ideas, the cohesiveness and creativity of an entire team can be undermined (100 x 0 = 0).

In contrast, if a worker (or better yet, an entire team) learns how to read others’ emotions and interests, encourage those who may be inexperienced or insecure, applaud others’ innovation and accomplishments, and prevent or quickly resolve conflict, the unity, energy, creativity, and productivity of an entire team can be magnified.

The value of strong relational skills is revealed by the corporate world’s growing emphasis on teaching emotional intelligence (also known as EI or EQ) to their managers.  Increased EQ has proven to produce significant, measurable improvements in professional advancement and team productivity. As Travis Bradberry and Jean Greaves write:

How much of an impact does EQ have on your professional success? The short answer is: a lot! We’ve tested EQ alongside 33 other important workplace skills, and found that it subsumes the majority of them, including time management, decision-making, and communication.

Your EQ is the foundation for a host of critical skills. It impacts most everything you say and do each day. EQ is so critical to success that it accounts for 58% of performance in all types of jobs. It’s the single biggest predictor of performance in the workplace and the strongest driver of leadership and personal excellence.

No matter whether people measure high or low in EQ, they can work to improve it, and those who score low can actually catch up to their coworkers! People who are low in EQ and job performance can match their colleagues who excel in both—solely by working to improve their EQ.

Naturally, people with high EQ’s make more money—an average of $29,000 more per year than people with low EQs. The link between EQ and earnings is so direct that every point increase in EQ adds $1,300 to an annual salary. These findings hold true for people in all industries, at all levels, in every region of the world. We haven’t yet been able to find a job in which performance and pay aren’t tied closely to EQ (Emotional Intelligence 2.0, pages 19-22).

Others studies have resulted in similar conclusions.

“The highest performing managers and leaders have significantly more ’emotional competence’ than other managers…. The single most important contributor to the feelings of employee engagement, empowerment, and satisfaction is based on the relationship they have with the leaders of the organization…. Management practices that affect employee satisfaction can have bottom line results on productivity and profit.” (Kenneth Nowack, Ph.D., Leadership, Emotional Intelligence and Employee Engagement)

“A multitude of studies suggest that EI is a strong predictor of job performance. A study found that partners in a multinational consulting firm who scored higher than the median on an EI measure produced $1.2 million more in business than other partners did.” (Natalie Shipley, The Effects of Emotional Intelligence, Age, Work Experience, and Academic Performance)

“When companies invest in the physical and relational wellness of their workers, returns on investment can range between $1.50 and $6.85 for every dollar spent on these types of programs.” Relational Wellness: Corporate America’s Business

Read Employers Reap a Double Benefit with RW Training to learn how providing relational skill training to employees can improve their family lives … and then loop back to increase a business’s financial profitability, with up to a $6.50 return on every one dollar spend on such training.

Click 100 additional articles to learn more about the documented benefits of emotional intelligence in a variety of settings, including business, health care, education, athletics, and the military.