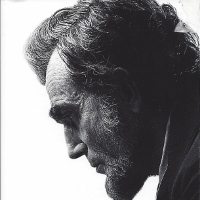 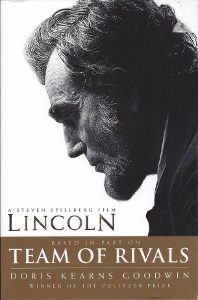 The current political climate, at both state and national levels, has highlighted the close connection between politics, pride and emotion.

In an outward sense, every politician is constantly striving to build credibility, prestige and influence by highlighting his or her abilities and positions while connecting with the values and emotions of the audience.

In an inward sense, even as they are promoting themselves, these politicians are simultaneously striving not to be overpowered by their own pride and emotions.

When they balance these dynamics well, they gain credibility. When they fail to master their pride and emotions, they lose ground.

However they score, every politician—as well as you and I—would do well to study and imitate Abraham Lincoln’s remarkable ability to manage his pride and his emotions. This ability enabled him to relate to others with extraordinary humility and discipline, which are two of the key attributes of relational wisdom.

As Doris Kearns Goodwin points out in Team of Rivals: The Political Genius of Abraham Lincoln, Lincoln manifested these relational qualities from the beginning of his career.

When he first ran for office at twenty-three, he described himself as “young and unknown to many” and promised that if elected he would work tirelessly to compensate for his inexperience. He openly discussed losing before the election, which he did. But failure to win election to the state legislature didn’t cause him to lose heart. He continued to put himself forward, suffering more defeats than victories. As Goodwin wrote,

When Lincoln ran for President his entire national political experience consisted of a single term in Congress that had come to an end nearly a dozen years earlier and two failed Senate races. He had absolutely no administrative experience and only one year of formal schooling. Newspapers described him as “a third-rate Western lawyer” and a “fourth-rate lecturer.”

In spite of his humble background and the formidable opponents he faced within his own party, Lincoln won the election. As if that didn’t amaze everyone enough, he then appointed his chief rivals to his cabinet. Even though newspapers at the time cited this as evidence of his political naïveté, Lincoln’s logic for doing so was simple, “I had looked the party over and concluded that these were the very strongest men. Then I had no right to deprive the country of their service.”

Lincoln’s humility served him well as he mastered the most challenging job in the country. As one observer commented, “He constantly learned on the job. He wasn’t defensive. He wasn’t arrogant about his tasks. He was very systematic in saying, ‘I’m going to master the job, and I understand it’s going to take some time.’”

Humility also kept Lincoln from feeling threatened when others gained the spotlight. When General Ulysses Grant arrived in Washington in 1864 to take command of the Union armies, he was treated as a conquering hero at a White House reception … while Lincoln stood quietly to one side, yielding the place of honor he could have legitimately claimed.

One of Lincoln’s most unusual qualities (especially for a politician!) was his ability to admit his mistakes. Shortly after assuming command, Grant made a major strategic move that Lincoln feared would be a disaster. When Grant delivered a spectacular victory, however, Lincoln was quick to admit his misjudgment, writing, “I now wish to make the personal acknowledgment that you were right, and I was wrong.” He then added, “I frequently make mistakes myself, in the many things I am compelled to do hastily.”

Like few men the world has ever known, Lincoln proved that a leader’s first and most important victory must always be over his own pride. This victory was secured largely by his ability to manage his emotions.

For example, when a Congressman told him that Edwin Stanton, his newly appointed Secretary of War, called Lincoln a fool for issuing a particular authorization, Lincoln asked, “Did Stanton really say I was a damn fool?” When the Congressmen answered in the affirmative, Lincoln chuckled and said, “If Stanton said I was a damn fool, then I must be one, for he is nearly always right and generally says what he means.”

Instead of being provoked to anger, Lincoln humbly overlooked the offense and went back to work saving the Union … while providing a vivid illustration of an old proverb,  “Good sense makes one slow to anger, and it is his glory to overlook an offense.”

Later in Lincoln’s administration, when Treasury Secretary Salmon Chase launched a bid to win the Republican nomination for President in 1864, Lincoln felt deeply betrayed. But rather than reacting in anger, he wisely restrained himself, even when his competitor continued to extol his own virtues at the President’s expense.

Lincoln’s restraint was eventually rewarded. Chase eventually overplayed his hand, supporting the circulation of a pamphlet that was so critical of the President that it embarrassed Chase’s supporters and energized those of the President. As Goodwin writes:

Discipline and keen insight had once again served Lincoln most effectively. By regulating his emotions and resisting the impulse to strike back at Chase when the circular first become known, he gained time for his friends to mobilize the massive latent support for his candidacy. Chase’s aspirations were crushed without Lincoln’s direct intrusion…. Lincoln’s ability to retain his emotional balance in such difficult situations was rooted in acute self-awareness and enormous capacity to dispel anxiety in constructive ways.

In one political crisis after another, Abraham Lincoln consistently modeled two of the core skills of relational wisdom:

These qualities, along with his remarkable ability to read the emotions of others (other-awareness) and to serve their interests (other-engagement), made Lincoln an example for the ages. As Leo Tolstoy wrote in The World (1909),

The greatness of Napoleon, Caesar or Washington is only moonlight by the sun of Lincoln. His example is universal and will last thousands of years…. He was bigger than his country—bigger than all the Presidents together … and as a great character he will live as long as the world lives.

Humility and the ability to manage one’s emotions: these are the qualities we should pray for not only in our political leaders … but also in ourselves.