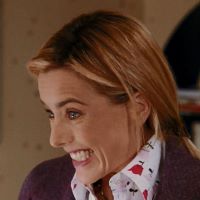 I’ve seen a lot of foolish behavior during my thirty-two years as a professional conciliator.

Like the man who divorced his lovely wife to marry a woman who had already been married and divorced six times. When I asked him whether he saw a pattern in her life, he said, “Yes I see it, but with us it will be different.” It wasn’t.

Or the two couples who met through an infertility support group and decided to swap partners to conceive a child … without agreeing in advance which couple would get the baby, or anticipating the shame they would feel when a local news station televised their resulting legal battle.

It’s easy for us to see how foolish these people were. What we all have a hard time seeing, however, is our own relational stupidity … which often takes place in our own homes and churches.

Here’s a simple but painfully vivid example of such foolishness.

This short clip is taken from a movie entitled Spanglish. As you watch it, try to imagine how each of the characters (father, daughter, mother and housekeeper) is feeling as the scene unfolds. Note who shows the greatest foolishness and who shows the greatest relational wisdom (especially other-awareness and self-control). (If video link does not appear below, click here.)

The short scene displays a wide range of human frailties, emotions and virtues. The father knows that his daughter feels like she is constantly disappointing her mother, so he is trying earnestly to encourage and support her. Both of them are surprised by the mother’s unexpected gift of new clothes. (Did you catch the daughter’s exclamation, “What’d I do right?” and his delighted, “She needed a boost!”)

This inflated joy only makes the subsequent manipulation more devastating, especially for the daughter. Both her father and the housekeeper eventually understand the pained look on her face, and yet they feel powerless to stop this relational train wreck.

But the mother is utterly clueless. She is as blind to her own consuming desire to have a “cover-girl” daughter as she is to the humiliation she is inflicting on her daughter through her transparent manipulation.

Amazingly, the daughter turns out to be the hero of this scene.

In spite of her terrible embarrassment and sense of rejection, she shows remarkable self-awareness and self-control. She initially turns away to avoid lashing back at her mother.

But then, in spite of the emotional upheaval she is experiencing, she thinks of an appropriate response. Turning back to her mother, she candidly and yet respectfully labels her mother’s gift for what it really is: a ruse.

And then, rather than getting embroiled in a verbal sparring match in front of others, she quietly turns away to process her feelings alone.

This is one of my favorite movies for demonstrating both relational wisdom and relational foolishness. However it does contain some profanity, and there are two scenes that involve sexual interplay between the husband and wife (the first at 17 minutes and the second at 37), which you would want to skip over if watching with young children. For a detailed review of its content, see Plugged In or IMDb.