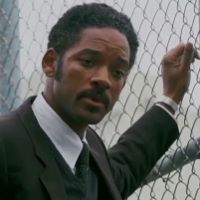 Many of us have no idea how often we wound the people around us. We don’t deliberately set out to hurt others, but because of our natural insensitivity, we frequently stomp on others’ dreams and feelings without even realizing it.

The following video clip illustrates this problem … and how to correct it.

It’s taken from the movie Pursuit of Happyness. This film is based on the true story of Chris Gardner, who is played by Will Smith. Everything in Chris’s life prior to this scene has gone wrong. He was drawn into a bad business deal and lost all of his money. His wife left him. He was evicted from his apartment. He is a failure on every front.

In this scene, he’s taking a few minutes to allow his son, Christopher (played by Smith’s real son, Jadon), the fun of shooting a few hoops. As you watch the clip, listen for the dream Christopher shares with his father. Note how Chris misses the significance of his son’s words, and how thoughtlessly he stifles his child’s hopes for the future.

Watch how Christopher communicates his feelings without saying a word. Then note how quickly Chris reads the cues, sees his mistake, and seeks to repair the damage. See if you can identify his implied confession. (If video screen does not appear below, click here.)

Christopher is only five years old, but he already has a plan for how he will rise above the poverty that grips his family: like so many kids in his position, he dreams of “going pro.”

Chris is a good father. He has a legitimate parental concern that his son not put all of his hopes into the unlikely prospect of becoming a sports star.

But Chris is not self-aware at the outset of this conversation. He doesn’t take the time to examine his own heart and realize how much his own fears and sense of failure are fueling his desire to protect his son from failure.

Nor is Chris sufficiently other-aware. He fails to realize how his son is processing his father’s string of financial and relational disasters, which have turned their lives upside down. Chris also forgets how exciting and yet fragile a little boy’s dreams can be, and how easily they can be shattered. Most of all, he forgets that a father’s words are magnified in a child’s ears and often have a far greater impact than intended.

So rather than measuring his words wisely, Chris blurts out a valid but badly worded warning to his son.

Christopher tries to respond respectfully, but when the impact of his father’s words hits home, the little guy folds up emotionally. He throws his precious basketball—the symbol of his dreams—aside. His countenance falls, his head and shoulders slump. He loses all joy in the game of his dreams, and dejectedly dumps his ball into a bag … probably thinking he’ll never throw it again.

But then the engagement takes a remarkable turn. Chris picks up on the body language cues his son has sent him. He realizes that he has hurt and discouraged his child. Instead of blaming others or making excuses for his actions, or simply telling his son to “man up,” he does just the opposite: he examines his own heart to discern the source of his insensitive words.

And he finds it … his own failures in life. Below average at basketball. Foolish business investment. Unable to support his family. Abandoned by his wife. Evicted by his landlord. Sleeping in the subway. He feels like he can’t do anything right, and he fears his son may get caught in a similar downward spiral if he puts his hopes in becoming a basketball star.

Chris can’t quite bring himself to make an explicit confession of how his own failures fueled his words, so he makes an indirect statement: “People can’t do something themselves, they want to tell you you can’t do it.” Not as good as it could have been, but better than many parents would manage in similar circumstances.

Chris then attempts to repair some of the damage he’s caused. He exhorts his son not to let anyone tell him he can’t do something, not even his father. He goes on to urge Christopher to protect his dreams, ending with this unforgettable advice, “If you want something, go get it. Period.” Words that echo the wisdom of Solomon: “Whatever your hand finds to do, do it with your might.”

In spite of his initial insensitivity and clumsy communication, Chris salvages this situation and turns it into an opportunity to understand and engage his son in a way that bonds them even more closely together. Here are a few ways you can learn from his example.

2 Responses to "Wounding and Healing"