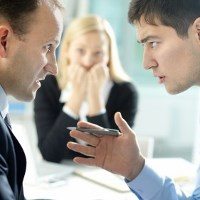 Ben was one of the most gifted and yet deeply flawed executives I’ve ever encountered.

When I was asked to mediate tensions within the leadership team of his organization, it became evident that every person on the team was contributing to the problem to some degree. But as mediation continued, it became clear that Ben was playing the major role in the deterioration of the organization’s unity and effectiveness.

The irony was that Ben also had the most impressive professional credentials on the team. Excellent education, advanced degrees, corporate awards, financial success. His technical abilities, sometimes referred to as “hard skills,” were top of the line. But his relational abilities, or “soft skills,” were disastrous. In spite of his professional accomplishments, he was amazingly insecure. He was charming in social settings, but at work he dominated conversations, listened poorly and was oblivious to how his pride and defensiveness offended others, stifled creativity, and damaged morale.

In spite of many coaching efforts, Ben was unable to face his relational short-comings. As a result, his employer finally saw no alternative but to let him go.

The fatal role of Ben’s relational deficiencies is illustrated by this diagram.

This diagram shows how an employee’s soft skills have the power to magnify or diminish the value of his hard skills, as well as those of everyone with whom he or she works. And if a person’s soft skills are low enough, they can essentially negate the value of even the most outstanding technical abilities (100 x 0 = 0).

Soft skills, which the world often refers to as “emotional intelligence (EI)” or “emotional quotient (EQ),” and I refer to as “relational wisdom,” have such proven value that they are being promoted by business, educational and political leaders around the world. Here are three articles that highlight this trend.

The world’s growing appreciation for “soft skills” (EI/EQ) should come as no surprise to anyone who has worked with other people.

For example, if a worker (or better yet, an entire team) learns how to read others’ emotions, understand their interests, speak graciously, encourage the inexperienced or insecure, applaud others’ innovation and accomplishments, and prevent or quickly resolve conflict, the unity, energy, creativity and productivity of an entire team can be magnified.

Bottom line: One of the best ways for you and your children to succeed in the workplace is to deliberately develop the six skills of relational wisdom.

Click here to see additional articles on the growing attention that business, educational, military, athletic, and political leaders are giving to emotional intelligence.

5 Responses to "A Disastrous Employee"