7 Ways to Apply RW in Combat, Congress and the Church 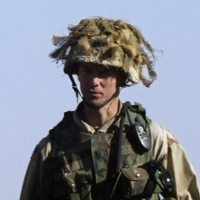 In memory of the military personnel who have risked their lives to protect our freedoms, I am reprinting a post that describes how a highly respected Army officer, now serving as a United States Congressman, lived out relational principles from Godâ€™s Word as he led his battalion in the search and capture of Saddam Hussein.

Steve Russellâ€™s use of these fifteen wisdom principles helped to save hundreds of lives in Iraq. Today he is using them to promote understanding and cooperation in the polarized halls of Congress.

You can apply these same principles in every area of your life. In your family, church and workplace.

They can help to strengthen your relationships, improve teamwork, reduce conflict and, most importantly, enhance your witness for Christ.

As you read about Steveâ€™s relational wisdom and the lives he has changed, please take a moment to pray for the thousands of servicemen and women like him who are living out their faith in Christ as they preserve and protect our freedoms.

What is the common link between commanding soldiers in combat, passing a bill in Congress and leading a church or ministry?

Answer: Success in each of these venues is more likely when leaders live out the relational principles set forth in Godâ€™s Word.

This common link was repeatedly revealed during discussions at three seminars I taught in Washington, D.C, in 2016. These events were attended by Congressmen, their spouses and Chiefs of Staff, ambassadors and high-ranking officers from the Pentagon.

One individual in particular highlighted the far-reaching impact of applying relational wisdom in critical leadership positions.

Since Tikrit was Saddam Husseinâ€™s hometown, it quickly emerged as the epicenter of insurgency efforts to restore the dictator to power. Steve wrote a fascinating book about these events, We Got Him: A Memoir of the Hunt and Capture of Saddam Hussein. Once I started reading it on the flight home, I couldnâ€™t put it down.

I was especially intrigued by the many ways Steve had applied biblical relational principles as he led his soldiers through months of deadly conflict â€¦ and continues to apply them in Congress today. As I describe a few of these principles, I encourage you to consider ways God may be calling you to apply some of them in your own family, workplace or church. (If you’re a pastor in a typical church, you could probably apply each of these principles every week!) I’ve provided seven reflection questions at the end of this post to help you make these applications.

1. Understand the culture in which you are serving (Acts 17:22-23) – Before he arrived in Iraq, Steve diligently studied the Arab culture, partly by reading books like Seven Pillars of Wisdom, written by T.E. Lawrence (â€œLawrence of Arabiaâ€). His thorough understanding (other-awareness) of Arab culture served him well throughout his deployment, especially when he was seeking to form a trustworthy local militia. Rather than accept unknown volunteers, he first identified the ten most respected sheiks in the region, who he knew would be the ones sitting in the front row of every major leadership gathering. Showing them honor, he pulled them aside and told them he wanted to train the best of their men. But Steve also told them that they must give him a signed personal endorsement for each man. Why? Because he knew that no sheik would want to be dishonored by having one of his men sent home as a coward or troublemaker.

2. Pray without ceasing (1 Thess 5:17) – Steve was constantly in prayer for his soldiers, their missions, his family back home, and the people of Tikrit who were seeking to rebuild their lives after decades of oppressive rule. As I read how frequently he was on his knees, I was reminded of Oswald Chamberâ€™s famous comment, â€œPrayer does not fit us for the greater work; prayer is the greater work.â€

3. Demonstrate compassion (Matt. 14:14) – All too often, Steve was notified of an attack that had killed or wounded soldiers under his command. Whenever possible, he jumped into his Humvee and raced to the scene to form a protective perimeter and speed the evacuation. He often ended up holding a soldierâ€™s bloody head in his hands, reassuring him that help was on the way and praying earnestly for his healing. There was no doubt in any wounded soldierâ€™s mind that their commander cared deeply for them and would shield them with his own body if an attack was renewed (John 15:13).

4. Control your anger and love your enemies (Eph. 4:26; Luke 6:27; Rom. 12:19) – One of the greatest challenges Steve and his soldiers experienced was not to return evil for evil against the terrorists who sought to do them harm. After many firefights, they discovered wounded terrorists who had just killed or wounded U.S. soldiers. Although the temptation for revenge was intense, the consistent response was to administer life-saving first aid and then rush the helpless enemy to the same hospital that was caring for the soldiers that insurgent had recently sought to kill.

5. Maintain the initiative (Rom. 5:8; Luke 6:27-28; Rom. 12:20-21) â€“ Whenever the terrorists inflicted casualties through an ambush, it would have been easy for the 1st Battalion to go on the defensive. They could have huddled in their fortified posts and waited for the enemy to come to them. Like a seasoned Chess player, however, Steve knew it would be fatal to surrender the initiative. If all they did was respond to the enemiesâ€™ moves, they had already lost the battle. So day after day, he and his men patched up their wounds and their vehicles and ventured back into the streets and alleys of Tikrit, keeping the terrorists off balance and steadily reducing their will to continue the battle.

6. Do to others as you would have them do to you (Matt. 7:12) â€“ When soldiers in Steveâ€™s command were killed or wounded, he could have relied on others to convey the news to their loved ones back home. Considering what he knew his family would want in such a situation, however, he knew the right thing to do was for him, the battlefield commander, to call those families personally and immediately. He realized he could not eliminate their grief or apprehensions, but he could enter into that pain with them, add his heartfelt sorrow to theirs, and walk a few steps with them as they processed the most painful news any of us could ever hear.

7. Seek advice and welcome criticism (Prov. 9:9; 12:15; 13:10; 15:32) â€“ Every day he was stationed in Iraq, Steve had to make decisions that could literally have life-and-death consequences. Recognizing the limits of his own wisdom and experience, he constantly sought counsel and welcomed feedback from others in his command, not only from his fellow officers but also from the enlisted soldiers who shared in the burdens and dangers of their mission (see Approachability: The Key to Real Ministry and Leadership).

During my conversations with Steve and other Congressmen, ambassadors and military leaders who attended our recent seminars, I heard many examples of how they are applying these principles every day on Capitol Hill and at the Pentagon. Please join me in praying that God would give them success as they seek to guide our nation through the challenging issues we are facing in these tumultuous times!

If you would like to develop this kind of relational wisdom yourself, I encourage you to use the following reflection questions to identify ways that you can apply these principles in your own family, workplace or church. As Scripture exhorts us,

“Practice these things, immerse yourself in them, so that all may see your progress” (1 Tim. 4:15).

Â Permission to distribute: Please feel free to download, print, or electronically share this message in its entirety for non-commercial purposes with as many people as you like.

One Response to "7 Ways to Apply RW in Combat, Congress and the Church"