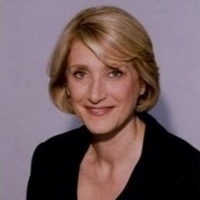 I inherited my love for practical jokes from my uncles. One of them was particularly adept at catching me off guard.

Like the time he called me on the phone and said he was a police officer with a warrant for my arrest for unpaid traffic tickets. His timing was perfect because I had just received two major parking tickets, for which I was feeling both foolish and guilty.

My guilty conscience set me up to be â€œemotionally hijacked,â€ so before I could think, I impulsively blurted out the words, â€œDo you know who my father is?â€ (My dad had been a district judge in Billings for over two decades.)

My uncle burst into laughter on the other end of the line, delighting in my panicked response.

â€œYou got me,â€ I admitted, feeling both relieved and embarrassed at the same time.

There was similar emotional hijacking earlier this week that involved the same kind of impulsive claim to a privileged position â€¦ but this one did not end with laughter. Someone lost her job. 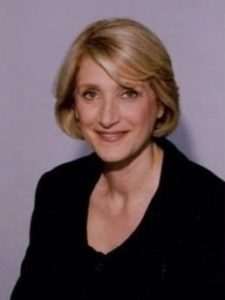 It all started when two New Jersey police officers pulled over a car full of teens in a routine traffic stop. When the driver could not produce evidence of insurance or registration, the officers rightfully impounded the vehicle. One of the passengers called her mother, Caren Turner, to give her a ride home.

In a police dash-cam video that has since gone viral, Ms. Turner became verbally abusive toward the officers. As you watch the video, you can tell from the tone of her voice that she is being hijacked by her emotions and thinking less and less rationally by the minute.

She eventually resorted to profanity and even tried to use her position as a Commissioner on the Port Authority of New York and New Jersey to intimidate the officers.

The officers, in contrast, remained calm and controlled throughout the encounter. As a result, they received a commendation from their chief and messages of praise from around the country.

Not so, Ms. Turner. Her boss promptly fired her, having found that her behavior violated the Code of Ethics of the Port Authority and was patently â€œindefensibleâ€ and â€œoutrageous.â€

To her credit, Ms. Turner issued a public apology the next day, saying, â€œI let my emotions get the better of me and regret my tone toward the police officers and use of off-color language.â€ A commendable act on here part â€¦ but she is still a former member of the Commission.

Ms. Turnerâ€™s behavior is a textbook example of â€œamygdala hijacking,â€ which is characterized by (1) strong emotions that (2) trigger an impulsive reaction that is (3) quickly regretted.

There is both a theological and a neurological explanation for this behavior.

Manâ€™s fall into sin has corrupted our brainâ€™s ability to work as perfectly as God designed it to do, which is typically referred to as the â€œnoetic effect of sin.â€ So instead of being perfectly synchronized, our brain sometimes acts in a disjointed and irrational manner.

For example, data enters the brain through the thalamus, which sends impulses to other parts of the brain. Those impulses arrive at the amygdala (where strong emotions are stored and triggered) a few nanoseconds before they get to the neocortex. Sometimes this allows our emotions to take control before we can rationally process the information and think through our responses. This can result in words or actions like Ms. Turnerâ€™s, which were captured on a dash-cam for the whole world to see.

Fortunately, that dash-cam also captured the officersâ€™ calm and controlled words and actions. Whether by nature, experience or training, they managed to control themselves throughout the encounter, earning praise from around the country.

Develop Control by READing Yourself Accurately

If youâ€™d like to develop the same kind of control modeled by the officers, I encourage you to regularly practice the READ concept. Whenever you are in an emotionally charged situation:

A very simple concept to practice, but it could save you from major embarrassment down the road … or on the road, as a former Port Authority Commissioner learned a few minutes too late. 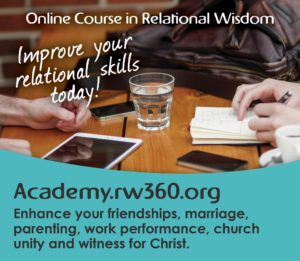 PS – For a more detailed description of amygdala hijacking and the READ concept, see Four Ways to Defeat Hijacking.

PPS – To learn how to remain calm and controlled in emotionally charged situations, as these police officers did, enroll in our interactive online course on relational wisdom.