A Lost Baby, $200M Lawsuit and an Astonishing Reconciliation 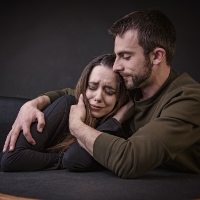 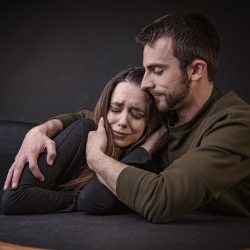 Cindy and Clark went to their pastor, Paul, for marriage counseling (names changed but story used by permission).

After several meetings, the three of them somehow reached the inexplicable conclusion that the solution to their marital distress was to give their newborn baby up for adoption â€¦ to the pastorâ€™s daughter and son-in-law.

Cindy and Clark later changed their minds and asked for their baby back. But by then the adoptive parents had moved to another state. When Paul refused to disclose their location, Cindy and Clark appealed their case through three levels of church and denominational leadership with no success.

By the time they filed a legal motion to reverse the adoption, the statutory period had expired, closing the door on any hope of legally recovering their baby. Grieving the loss of their daughter, they filed a $200,000,000 lawsuit against their pastor, church and denomination, alleging fraud, breach of fiduciary responsibility and negligence.

Litigation dragged on for four years â€¦ at which point the parties agreed to submit the matter to Christian conciliation.

Two other conciliators and I met with nine parties and four attorneys for four long days, three of which were agonizing while the fourth one was astonishing.

There was a great deal of contradictory testimony, especially as to who suggested adoption in the first place and whether church and denominational leaders had obstructed a reversal of the adoption. The more each of them blamed others for the situation, the further we were from a solution.

At the end of the third day, we (the conciliators) spent time talking privately with each of the parties, empathizing with their pain and gently challenging some of their attitudes and assertions. We also gave each of them specific Scripture passages to pray through that evening. One passage we assigned to each person was Matthew 7:3-5:

That night God proved once again that his word â€œis living and active, sharper than any two-edged sword â€¦ discerning the thoughts and intentions of the heartâ€ (Heb. 4:12). When the parties walked into the room the next morning, I could tell from their facial expressions and demeanor that something deep inside them had changed.

Clark asked if he could speak first. Rising to his feet and choking back tears, he admitted that his failures as a husband and father four years earlier had set the stage for this tragic situation. He also said that he and Cindy had decided to drop their lawsuit and trust God to guide the church leaders to make whatever restitution they thought was necessary.

He said that he and Cindy had decided to stop fighting to regain custody of their daughter, who they realized had been well loved for four years by her adoptive parents and would be traumatized if she was taken from their home. Therefore, Clark and Cindy wanted to bless them as their daughterâ€™s family.

There was a gasp of relief and then a wave of tears from the adoptive parents when they realized they no longer needed to fear losing their daughter.

When things calmed down, Paul got up from his chair and walked across the room to kneel in front of Clark and Cindy. When his shocked attorney rose from his seat to object, I gently asked him to allow his client to say what was on his heart.

Paul poured out his heart in one of the most earnest confessions Iâ€™ve ever heard. Although he still recalled that Clark and Cindy had initiated the discussion of adoption, Paul confessed that he had utterly failed them as their pastor by not guiding them onto a different course or responding to their request to reverse the adoption. In an amazing display of grace, Clark and Cindy embraced him and promised their forgiveness.

Then the president of the denomination got up from his chair and walked across the room. Dropping to his knees beside Paul, he confessed that the denomination had failed the young couple by not intervening in the situation as soon as it came to their attention. He admitted that his fear of involvement in a legal conflict and failure to live out the peacemaking principles set forth in Scripture had contributed directly to their loss (see 1 Cor. 6:1-8; Matt. 18:12-20).

At that point, everyone was crying so hard I had to call a recess. When I walked out into the hallway a few minutes later, I saw one of the defense attorneys looking out a window. I could tell from his trembling body that he was crying.

I walked up beside him, put my hand on his shoulder and asked if he was OK. With tears running down his cheeks, he said, â€œWhat is going on in that room? There is a power in that room that I can feel. What is it?â€

What a marvelous opportunity to talk about Jesus and his gospel of reconciliation!

When we reconvened a while later, one of the other conciliators led a short devotional on Philippians 2:1-11, emphasizing the sacrificial example of Christ and his call for all of those involved in this situation to begin earnestly looking out for the interests of others.

Within a few hours, we had worked out an arrangement to allow Clark and Cindy to begin rebuilding a relationship with the child they had not seen in four years.

The denomination voluntarily offered Clark and Cindy a generous restitution package, which included compensation for all of their legal expenses, a full college scholarship to enable Clark to get back on track with his education, and a home for their family to live in as they moved ahead with their lives. The denomination also committed to investing a significant amount of money to train its pastors, as well as its state and national leaders, in biblical conflict resolution.

But what was most meaningful to Cindy was the surprise she received a few weeks later.

During our conciliation meetings, she had shared how she had been forced to sell a family heirloom piano to pursue their legal battle. A few days after they moved into their new home and Clark began his classes, a van pulled into their driveway. Dropping the tailgate, the workmen rolled out a beautiful new piano. They handed Cindy a note from the denominational president, which read:

â€œI regret that weâ€™ve been unable to locate the piano that you had to sell four years ago. I know that it can never be replaced, but I hope that this piano will bring you comfort and remind you of how very sorry we are for what you went through, and how grateful we are for the grace and forgiveness you have shown to us in this matter.â€

Nothing could undo the many wrongs and tragic developments that had occurred in this situation, but through the process of Christian conciliation, the parties were able to appropriate and imitate the reconciling grace of the gospel.

This same process is being used every day to resolve a wide variety of conflicts within the body of Christ, including divorce and custody disputes, church divisions, leadership transitions, business and employment conflicts, incidents of child sexual abuse and other lawsuits between believers.

If your church, ministry or business is ever faced with a conflict you cannot resolve on your own, I encourage you to contact our conciliation division or one of these other recommended conciliation ministries for assistance.

God has worked through these organizations to bring repentance, forgiveness, justice and reconciliation to situations that seemed beyond hope â€¦ just as he did for Clark and Cindy when they asked other Christians to help them make peace.

Permission to distribute:Â Please feel free to download, print, or electronically share this message in its entirety for non-commercial purposes, whether with a few friends or as a staff, ministry or church devotional.

One Response to "A Lost Baby, $200M Lawsuit and an Astonishing Reconciliation"