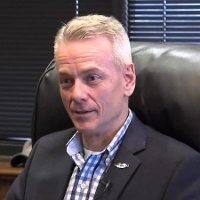 In last weekâ€™s post, I described seven principles of relational wisdom that are illustrated in Congressman Steve Russellâ€™s gripping book, We Got Him: A Memoir of the Hunt and Capture of Saddam Hussein.Â

As I noted in that post, these principles of being “God-aware, self-aware and other-aware” are being applied every day by the Congressmen, Chiefs of Staff, Pentagon officers and diplomats who attended our recent training.

Here are eight more relational principles from that book that also contribute to success in every leadership position, whether in the halls of national government or in a family, business, church or ministry.

8. Correct others constructively (2 Tim. 2:24) â€“ One day two of Steveâ€™s men carried out a counter-insurgency operation without fully informing other units in the area. They had used a civilian truck for transportation, and when they returned to their base in the evening, they came under fire from U.S. sentries. One of the men was seriously wounded. Although Steve was upset by this needless injury, he did not let his anger move him to say things he would later regret. Instead he reviewed the situation calmly with the two men, helped them to identify the gaps in their planning, and enabled them to learn from their mistake.

9. Be open (but not obnoxious) about your faith (Luke 12:8) â€“ I was surprised to read how open Steve was about his faith in Christ. Not only did his men see him pray on numerous occasions; they also heard him play the guitar during chapel services. He never pushed his faith on others, but he was always open to talking about the Bible and Jesus. His relaxed and open attitude was shared by other believers in the battalion, which opened the door for many conversations about God. As a result, dozens of soldiers came to faith in Christ and were baptized in the swimming pool in Saddam Husseinâ€™s Summer Palaceâ€”of all places!

10. Communicate so clearly you cannot be misunderstood (Col. 4:3-4) â€“ One of the most frustrating parts of Steveâ€™s job was working with the news reporters assigned to follow his mission. Some of them seemed to be looking for negative things to report, and even well-intentioned reporters often had their stories altered by state-side editors to capture headlines. Rather than letting resentment and defensiveness control him, Steve made a deliberate effort to get to know the reporters personally, to assume that their intentions were good, and to do all he could to help them succeed in their jobs. Most importantly, he learned to communicate so clearly and with such colorful words and illustrations (that he knew would make good copy for the front page), that it was increasingly difficult to misunderstand or misquote him.

11. Kindness opens doors (Eph. 4:32; Rom. 2:4) â€“ â€œIntelligenceâ€ was the key to success in suppressing terrorism in Tikrit. The more detailed and accurate information they had about the community and the enemy, the more successful the battalion could be in carrying out their mission. Some of their best â€œintelâ€ came as the result of an unplanned act of kindness. One day Steve visited the home of a helpful Iraqi official. When he met the officialâ€™s father, he saw that he was suffering from a terribly infected foot injury. Steve immediately arranged for the man to undergo needed surgery that resolved the problem. A few days later he learned that the man was the â€œMukhtarâ€ of Tikrit, which meant that he recorded and preserved all public records (births, marriages, etc.) as well as the military enlistment records for the region â€¦ which included the names and photos of many of the men who had become terrorists. In appreciation for Steveâ€™s kindness in healing his foot, the Mukhtar gladly shared these records with him, which greatly facilitated efforts to reduce terrorism and the eventual capture Saddam Hussein.

12. Let others get the glory (Phil. 2:3-4; Matt. 23:12) â€“ The soldiers in Steveâ€™s battalion often worked closely with small teams of Special Operations Forces (SOFs). When those combined efforts were successful, it would have been natural for Steve to boast of his leadership role and to claim the glory for his battalion. Instead, he deflected the personal praise and drew attention to the skill and courage of both his infantrymen and the SOF teams who carried out those dangerous missions.

13. Look out for the interests of others (Phil. 2:4) â€“ God blessed the 1st Battalion with many outstanding officers. As their skills and experience became evident, they were often offered transfers to higher levels of responsibility and command. Although each transfer would inevitably leave a gap in Steveâ€™s command structure, he resisted the temptation to hold on to those officers. Trusting that God would fill those gaps with the talent he needed, Steve celebrated and supported his officersâ€™ advancement and sent them off to their new positions with his blessings and prayers.

14. Weep with those who weep (Rom. 12:15; John 11:15) â€“ Steve grieved over every soldier who was injured or killed while under his command. One death was especially hard to bear. Specialist Holly McGeogh served as a highly skilled mechanic in the battalion motor pool. She worked long hours in blistering heat to make sure her fellow soldiers had reliable vehicles during their dangerous missions. During her off duty hours, she played with Iraqi children, trying to bring some fun and laughter into their war-torn lives. One day Holly volunteered to â€œride shotgunâ€ on a supply convoy. When her vehicle was destroyed by an IED (improvised explosive device), Holly was killed instantly. During her memorial service, Steve simply could not hold back his tears. As he wrote afterwards,

â€œI donâ€™t care what anyone says. Losing female soldiers in battle is different. We had now lost two. People can try to talk themselves into any type of theory they wish, but to the average infantryman in battle, losing a female solder is different â€¦. I am only human. My voice broke. As a commander, I did the unthinkable. I cried before my soldiers. I suppose I could have shown more sternness as a commander. Still, the Army tradition goes that memorial services are the place to say our goodbyes â€¦. If we could not show our love for our fellow soldiers there, then where could we? My soldiers knew me. They knew I would lead the fight for them, and now they knew I was also capable of mourning along with them. I donâ€™t regret itâ€ (p. 451-2).

15. Trust in the Lord â€¦ and keep going (Ps. 37:1-9; Gal. 6:9) â€“ Although Steve and his soldiers experienced many successes in their efforts to bring peace and stability to Tikrit, they also experienced many heart-breaking losses. Again and again, their best plans, greatest efforts and noble sacrifices were thwarted by opponents who fought from the shadows and cared nothing about the innocent bystanders who suffered from their actions. During those times of loss and discouragement, Steve turned again and again to God through prayer and reflection on the many promises of Scripture that the Lord watches over those who put their trust in him and do not grow weary in doing good (“God-awareness and God-engagement”).

Even though you probably donâ€™t face the kind of life-threatening dangers Steve and his soldiers encountered in Iraq, you can still follow his example in whatever challenges you encounter in daily life, whether in your marriage, as a parent, with co-workers or in your church. As David (one who experienced failure on all of these fronts) wrote thousands of years ago:

Fret not yourself because of evildoers;
be not envious of wrongdoers!
For they will soon fade like the grass
and wither like the green herb.

Trust in the Lord, and do good;
dwell in the land and befriend faithfulness.
Delight yourself in the Lord,
and he will give you the desires of your heart.

Commit your way to the Lord;
trust in him, and he will act.
He will bring forth your righteousness as the light,
and your justice as the noonday.

Be still before the Lord and wait patiently for him;
fret not yourself over the one who prospers in his way,
over the man who carries out evil devices!

Refrain from anger, and forsake wrath!
Fret not yourself; it tends only to evil.
For the evildoers shall be cut off,
but those who wait for the Lord shall inherit the land (Psalm 37:1-9).

As you seek to apply these principles and promises in your life, please also pray that God will empower the relational principles we taught in our nationâ€™s Capital two weeks ago and use them to bring encouragement and wisdom to the congressional, military and diplomatic leaders who call on his name every day as they seek to serve and lead others with integrity and righteousness.