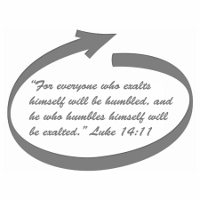 Whenever weâ€™ve done something wrong, our natural instinct is to conceal, deny or minimize our guilt.

This dynamic began with Adam and Eve and is painfully evident in the current race for the White House. Sadly, it is also displayed in many churches, where both pastors and parishioners often give in to the tendency to conceal rather than confess their wrongs.

I thank God for allowing me to witness some wonderful exceptions to this pattern. One of the most inspirational was provided by a pastor Iâ€™ll call Andrew (not his real name).

After many years of serving small congregations, Andrew was called to a church that was large enough to hire a paid secretary, who Iâ€™ll call Susan. Due to his inexperience with hired staff, Andrew failed to supervise Susan well. After several months of confusing guidance and implied criticism, Susan became so frustrated that she told an elderâ€™s wife, who Iâ€™ll call Elaine, that she was going to resign.

After hearing Susanâ€™s story, Elaine wisely counseled her not to resign until she communicated her feelings to Andrew and gave him a chance to respond. To overcome Susanâ€™s apprehensions, Elaine agreed to go with her when she talked with the pastor.

To both womenâ€™s surprise, Andrew received Susanâ€™s feedback with great humility and gentleness. He acknowledged his failure to relate to her properly and committed to specific changes. The meeting went so well that Susan agreed to stay, and they went on to enjoy working together for many years.

But what made their situation truly remarkable is what Andrew did the Sunday after Susan and Elaine came to talk with him.

With Susanâ€™s permission, he described their conversation to the entire congregation, commending Susan for her graciousness and courage as well as Elaine for her wisdom and advice.

And then he said this:

â€œAs Iâ€™ve reflected on what Susan told me about my behavior toward her, I realized Iâ€™ve probably treated other people in our church with the same kind of pride, thoughtlessness and impatience. So Iâ€™m asking for your forgiveness today as well. If you need to talk with me about how Iâ€™ve treated you, my door is open. Please pray that God would help me to become more sensitive to how Iâ€™m treating others, and if you see me stumble, please do me the favor of pointing it out so I can continue to grow.â€

Andrew later told me that everything in him resisted making such a confession. He feared he would lose the respect of the congregation and destroy his credibility as a pastor and preacher. But as he had prayed about it, several Scripture passages had come to mind and moved him to go against his feelings and do what he knew was right.

Of course his confession had exactly the opposite effect from what he feared. Instead of diminishing his congregationâ€™s respect for him, his humble obedience to God liftedÂ him to a new level of credibility and trust in the eyes of the people God had called him to serve. In fact, years later when visitors asked what kind of pastor he was, his people would often describe this incident as an example of his godly character.

May God help each of us to remember Andrewâ€™s example the next time weâ€™re tempted to conceal, deny or minimize our own sin, and may he also give us grace to trust his promise to bless those who humble themselves under his mighty hand.

One Response to "Public Confession Is Counterintuitive"