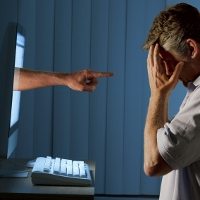 Jeffâ€™s reputation was being trashed by people in his own church.

He was respected throughout the city for his outstanding Sunday school classes, which had drawn hundreds of people to his church. But then he got caught in the middle of a congregational battle over the senior pastor.

A group of members had become increasingly dissatisfied with the senior pastorâ€™s preaching and thought it was time for him to retire. Others in the church felt a strong loyalty to him because of his many years of faithful pastoral care, and they argued that it would be unkind to force him out when he still wanted to serve.

As each group grew in size, so did the intensity of their arguments, as well as their efforts to recruit others to their side. Because of Jeffâ€™s respected reputation, both groups pressured him to support their positions. Believing that the church council had the responsibility to address the issue, he refused to take sides.

Before long people in both groups turned their attacks onÂ Jeff. The gossip grapevine soon fueled all sorts of personal accusations, most of it subtle but some of it downright slanderous. Attendance in his Sunday school class declined sharply. Some people glared at him or turned away in the foyer, while others spoke sarcastically to him.

When Jeff sought my advice over lunch, I could tell that he was deeply hurt. â€œIâ€™ve spent twenty years building an effective teaching ministry,â€ he said, â€œand itâ€™s being destroyed in a matter of months.â€ His words made me think of the man in Psalm 37, who had also suffered unjust attacks. Jeff and I read the entire Psalm together, but the first six verses were enough to give him the reassurance he needed:

Fret not yourself because of evildoers;Â be not envious of wrongdoers!

Trust in the Lord, and do good;Â dwell in the land and befriend faithfulness.

Delight yourself in the Lord,Â and he will give you the desires of your heart.

Commit your way to the Lord;Â trust in him, and he will act.

He will bring forth your righteousness as the light,Â and your justice as the noonday.

After a few moments of reflection, Jeff sighed and smiled. â€œWell, you canâ€™t get a better promise than that,â€ he said. â€œIf God says heâ€™ll go to bat for me at the right time, I guess I can stop worrying.â€

And then Jeff said something Iâ€™ll never forget: â€œI guess God is more interested in refining my character than he is in polishing my reputation.â€

That humble and trusting insight has come back to me countless times in the years since that conversation. Iâ€™ve shared it with many other people in similar situations â€¦ and meditated on it myself when I felt that my reputation was being trashed.

Although some of those situations are still unresolved years later, Iâ€™ve noticed that itÂ really doesnâ€™t matter to people who sincerely trust in the God who inspired Psalm 37. Their reputations may have been bruised by false accusations, but their character continued to grow as they followed the example of Christ:

â€œIf when you do good and suffer for it you endure, this is a gracious thing in the sight of God. For to this you have been called, because Christ also suffered for you, leaving you an example, so that you might follow in his steps. He committed no sin, neither was deceit found in his mouth. When he was reviled, he did not revile in return; when he suffered, he did not threaten, but continued entrusting himself to him who judges justlyâ€ (1 Pet. 2:20-23).

As Jeff entrusted himself to God’s judgment, the Lord graciously strengthenedÂ his faith, humility and patience, while also increasing his capacity to show mercy and forgiveness toÂ those who wronged him. The attacks continued for a while, but as months turned into years,Â the LordÂ steadily revealed the righteousness of Jeff’s conduct and eventually restored himÂ to a more fruitful teaching ministry than he had ever known before.

Once again, God proved himself faithful.

PSS â€“ Far too many churches get entangled in conflicts involving pastoral deficiencies and transitions. If youâ€™d like to avoid this kind of agonizing problem in your church or ministry, I urge you to read the blog post I referred to last week: Leadership Transitions: The Good, the Bad and the Clumsy.

Reflection QuestionsÂ (Most effective when shared with a friend;Â James 1:22-25)

4 Responses to "Reputation vs Character"