Asking Parents to Give Up Their Keys 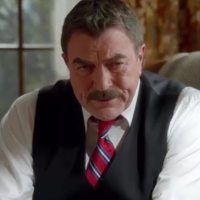 One of the hardest things Iâ€™ve ever done was to ask my mother and my mother-in-law to give up their car keys. Doing it with each of them on the same day (since they both lived with us) was especially difficult.

Our moms loved running their own errands and driving to meet with friends, so I knew it would be painful for them to give up that freedom and bow to yet another limitation of growing older.

Recognizing the delicacy of these conversations, I was careful to apply each step in the PAUSE principle of negotiation. By Godâ€™s grace, both conversations turned out well.

Thatâ€™s not always the case in such situations, as illustrated in two video clips from the television series, Blue Bloods (used with permission). In this first clip, Frank Reagan (played by Tom Selleck) clumsily approaches his father, Henry, about a dent in his car. Within a minute, sparks are flying â€¦

Frank made several mistakes. Although he knew this issue was looming, he failed to plan how to approach his father in a timely and thoughtful manner. He made no attempt to develop and show empathy. When he saw the dent, he reacted impulsively, allowing his emotions to cloud his judgment. And as soon as his father became defensive and angry, Frank allowed his emotions to be hijacked as well.

Now watch this second clip, in which Frankâ€™s daughter, Erin, approaches the situation a day later with far greater empathy, wisdom and success.

Erin models incredible other-awareness and other-engagement. Sheâ€™s lovingly built â€œsocial capitalâ€ with her grandfather over the years, so when she asks him to hear her out, he patiently complies. Â She sits at eye level, leaning in to reinforce a personal connection. Her warm facial expression, steady eye contact and tenderÂ tone of voice all communicate love and concern â€¦ not condescension or coercion.

Most importantly, Erin begins her comments with a gentle statement of love, affirmation and respect:

â€œGrandpa, ever since you put that ring on Grandmaâ€™s finger, you have watched over this family with unconditional love and unwavering devotionâ€¦. We are who we are today because of you. We learned from the best. And you taught us that loving someone sometimes means asking themÂ to do what they think is impossible.â€

Henry is clearly uncomfortable with the situation, but as his facial expressions show, Erinâ€™s approach touches his heart and lowers his guard. More importantly, Erinâ€™s example inspires her father. Seeing the wisdom of her approach, Frank follows her lead by softening his voice and affirming his love and respect for his father:

Five short words, gently spoken, pull down the wall thatâ€™s stood between these two proud men since their earlier confrontation. Frank goes on with the same tenderÂ voice and warm facial expression:

â€œThe last thing in the world I want to do is to say youâ€™ve lost a step. But I love you, and I want to have you around for a long time. So Iâ€™m asking, would you please give me your keys?â€

Frank and Erinâ€™s wise and gracious approach enables Henry to overcome his pride and come clean about denting his car â€¦ and to acknowledge that it really is time to give up his keys. Knowing that these men want to truly reconcile but are too reserved to make the first move, Erin does it for them.

An awkward hug turns into a genuine embrace, and an explosive issue is turned into an opportunity to learn, to grow and to truly love.

4 Responses to "Asking Parents to Give Up Their Keys"