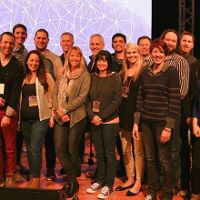 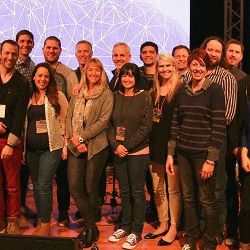 I had the privilege of spending the last week with some delightful brothers and sisters in Christ â€œDown Under.â€

During my time in Australia, I spoke to the student body at Queensland Theological Seminary, taught for two days at the Acts 29 Church Planting Conference on the Gold Coast, and preached at Life Centre Church in Brisbane.

This was the first time Iâ€™ve taught relational wisdom outside of the U.S., and the response was marvelous. Pastors and church planters were eager to learn how RW can be used to strengthen relationships, engage their communities, and draw new people to Christ.

Going against a common Aussie stereotype, many men at the conference sought my advice on how they can learn to become more emotionally sensitive toward their wives and children. Some of these men were pastors who tearfully described how sternly they’ve treated their families and congregants, but also how eager they are to learn emotional control and relational disciplines that will reveal the power of the gospel in their lives.

Several young â€œmumsâ€ told me that they were encouraged to learn how to avoid emotional hijacking and develop empathy in their children. Other women were excited to discuss ways to use RW resources to minister to children in their communities and draw new families into their churches.

Three business owners were intrigued with the possibility of using our “values-based” materials to introduce their employees to the wisdom principles of Scripture and eventually to the gospel of Christ. This type of low-key witnessing holds great promise in a country that has become highly secularized.

Five people have already enrolled in our certification program, laying the groundwork for a national network ofÂ  instructors we can work with to spread RW to other churches in Australia and New Zealand.

One of the most exciting developments was a conversation with a high school teacher who told me that the Australian government has recently mandated that every school in the county adopt some form of â€œsocial/emotional learning.â€ The government has not precluded faith-based programs, so weâ€™ve agreed to explore ways to collaborate on developing an RW-based curriculum that could be used in Christian schools across the country.

Iâ€™ll be somewhere over the Pacific Ocean when this blog post goes out, heading home from an exhilarating week of making new friends and discovering new ways to strengthen relationships in the body of Christ. Please join me in praying that the seeds that were sown Down Under will bear much fruit in the days ahead!