The Three P's of Satisfaction 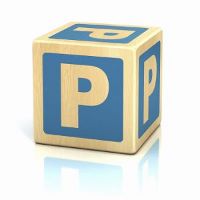 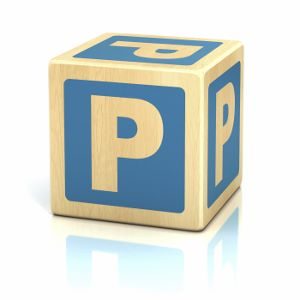 Itâ€™s not often that an attorney loses a lawsuit, along with her two million dollar contingency fee, and yet walks away satisfied.

Iâ€™ve seen similar satisfaction with employees who didnâ€™t get a promotion. With church members who disagreed with their pastors. And with children who could not escape discipline.

The relationship-saving concept in each of these situations is surprisingly simple and yet amazingly effective, whether in a courtroom, business, church or home. Itâ€™s called the â€œThree Pâ€™s of Satisfaction.â€

Before I explain it, let me tell you about the attorney who lost the fee of a lifetime.

25% of Nothing is Nothing

Mary Anne represented a man in Texas who bought an oil field from another man. When the buyer began to drill wells, production was far below what he anticipated. So he sued the seller for fraud, asking for eight million dollars in damages.

Their sales contract included a legally binding conciliation clause requiring them to settle any disputes through biblical arbitration. As the administrator for the case, I appointed a panel of three arbitrators who had extensive experience in oil and gas law.

The partiesâ€™ attorneys spent a year collecting interrogatories and depositions. They then argued their positions for three days before the arbitrators. After an hour of discussion, the panel issued an award in favor of the seller, denying the buyerâ€™s eight million dollar claim entirely.

Since Mary Anne was working on a contingency fee (which meant she would get 25% of whatever she won for her client), she lost out on receiving an anticipated two million dollar attorney’s fee. That meant that she received nothing for a yearsâ€™ worth of work.

We always send out evaluation forms to the parties and attorneys in our cases. Since Mary Anne lost the case and failed to collect a fee, I expected her evaluation to be extremely critical.

When I received her form two weeks later, I was stunned. It was one of the most positive evaluations I had ever received in all my years as a conciliator.

â€œWe recently completed a three-week arbitration in an $8 million case that was intensely fought. The case involved allegations of fraud and RICO violations, so the atmosphere was highly charged.

The arbitrators began the sessions with prayer and Scripture. It is my belief that the spiritual tone they set contributed greatly to the dignity and amicability with which the proceedings were conducted. Because we were able to select arbitrators who understood the engineering, geological, and accounting data involved in 82 gas wells, it is my belief that the presentation of the evidence was smoother and significantly less time-consuming than it would have been had we tried the matter before a judge or jury.

I also believe that your arbitration process lends itself to getting at the truth. Even though the result in the case was not what we wanted, I am enthusiastic about alternative dispute resolution in general and Christian conciliation in particular. I have recommended your organization to others and will not hesitate to turn to you again in an appropriate case.â€

Wow! She lost a huge attorneyâ€™s fee and still turned around and recommended biblical arbitration to another attorney.

The Three Pâ€™s of Satisfaction

Mary Anne’s positive view of our process was the result of our making every effort to provide her client and her with three types of satisfaction:

Two Out of Three Usually Works

Hereâ€™s the key: although most people involved in a decision-making (or conflict-resolving) process will focus most of their energy on achieving a particular outcome (product satisfaction), in the long run they will also place a great deal of value on how they were treated during the process.

This means that even if a final decision is not entirely to their liking, they will often accept the result with equanimity if the decision-makers provided them with a high level of both process and personal satisfaction.

I cannot emphasize this point too much: Give people process satisfaction (the opportunity to fully and candidly share their views) as well as personal satisfaction (treating them with sincere courtesy and respect), and youâ€™ll be surprised how content theyâ€™ll be even if they disagree with your substantive decision.

And if you succeed in giving people all three types of satisfaction, you’ll find that they will trust and respect you more, and be even more enthused about supporting the decisions you make.

You Can Use the Three Pâ€™s Anywhere

The Three Pâ€™s work as well at home, at church, and in the workplace as they do in an arbitration hearing.

Whether youâ€™re dealing with a marital disagreement, a debate with your kids about buying the latest electronic gadget, an employment issue, or differing positions during a congregational meeting â€¦

â€¦ youâ€™ll be far more likely to preserve respect, unity, and relationships if you make every reasonable effort to provide others with process, personal, and product satisfaction.

10 Responses to "The Three P’s of Satisfaction"