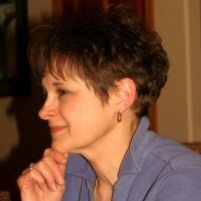 When my wife was an elementary school counselor, students were often sent to her office because of conflict. As they told her their stories, many of these children would go to great lengths to paint themselves as victims and others as being more to blame for the problem.

Corlette would listen patiently and carefully. After they made their case, she would usually respond, â€œWell, it seems to me that you are 100% responsible â€¦ (long pause) â€¦ for your own choices.â€

During that unusual, long pause, most students fidgeted uncomfortably, fearing she was putting all of the blame for the problem on them. When she finished the sentence, they usually got a puzzled look on their faces as they tried to grasp her meaning.

At first they didnâ€™t like the truth she was holding out to them. It left them nowhere to hide. It gave them no one to blame for their choices. But as Corlette helped each child think through the implications of her statement, many of them began to see that she was showing them the way to real freedom.

They started to realize that they did not have to live as victims or pawns. They were responsible human beings, capable of and responsible for making their own choices, no matter what others did to them.

I have echoed Corletteâ€™s counsel hundreds of times over the years. With women whose husbands were divorcing them, with pastors whose congregations had rejected them, with employees who had been wrongly fired. And also with myself when I was blaming someone else for my choices.

We are all tempted to think of ourselves as victims, which locks us into prisons of bitterness, self-pity, and defeat.

But when we take hold of the truth that we are made in the image of God, forgiven all our sins, and responsible and empowered to make right decisions even when others wrong us, we can find both hope and freedom.

â€œFirst take the log out of your own eye, and then you will see clearly to take the speck out of your brotherâ€™s eyeâ€ (Matt. 7:5).

For guidance on how to discern and take responsibility for your own choices, see Getting to the Heart of Conflict and the Seven A’s of Confession.

For guidance on how to teach your children to take responsibility for their choices, see The Young Peacemaker.

One Response to "100% Responsible"