Peacemaking and The Good Wife 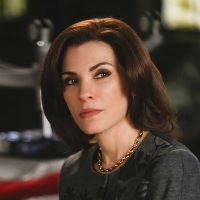 Nine million people will soon be introduced to biblical peacemaking through an hour-long television show called The Good Wife.

The Good Wife is a prime time CBS legal and political drama. Its central character is a woman named Alicia Florrick (played by Julianna Margulies), whose husband, a former state attorney general, was jailed following a moral scandal. After thirteen years as a stay-at-home mother, Alicia is forced to go back to work as a litigator to provide for her children.

The show has been highly acclaimed by critics and has picked up several major awards, earning it a sixth season, which premieres September 21. One of the showâ€™s most popular and exciting features is when Alicia is faced with something completely new â€¦ like biblical arbitration.

How does she get into this unfamiliar forum? I canâ€™t tell you the plot line for this particular show, but I can tell you how the idea for the script originated.

Last February, I was interviewed by the New York Times for an article on conciliating a lawsuit between Christian leaders. Someone on The Good Wife production team saw the article and floated the idea of developing an episode involving Christian conciliation.

A few days later I received a call from one of the executive producers, who spent over an hour asking insightful questions about biblical peacemaking. Shortly afterwards, their team decided to build an episode around this concept.

This led to several more conversations, including a conference call with their entire writing team. They asked dozens of questions about the biblical basis of Christian conciliation, how it compares to other faith-based processes, what types of issues it can address, and its legal enforceability. They also dug deeply into the details of a typical conciliation process, such as where the parties sit, what they wear, and what role their attorneys play.

An Opportunity to Pray About

Although theyâ€™ve offered me no guarantees as to how they will portray this process or the parties involved in it, I have been impressed with their evident desire to be as realistic as possible. Iâ€™ve explained how the gospel informs a conciliation process and described several actual cases where God turned bitter lawsuits into dramatic reconciliations. This, of course, is what I hope will come through in the program, but that is in Godâ€™s hands (Prov. 21:1).

The screenplay is being finalized and filming should begin in a few days. So please join me in praying that the Lord will move the screenwriters, producers, and actors to portray Christian conciliation in a positive light and introduce millions of people to the benefits of resolving conflictâ€”including civil lawsuits (1Cor. 6:1-8)â€”in a biblically faithful manner.

This episode is presently scheduled to air on October 5, but it could be bumped back a week or two by competing sports events. So if you want to see it, keep your eye on your Sunday evening television schedule in October, or visit The Good Wife web site to see the rerun.

Although the series is highly acclaimed by secular critics, many Christians would find the frequent sexual content to be offensive, which is why I do not recommend this series in general.

Some reviews indicate, however, that the program has presented Christian characters in a relatively positive light. One of them is Aliciaâ€™s daughter, whose conversion and growth as a Christian is portrayed through four seasons without the typical Hollywood clichÃ©s. Another positive portrayal involves a pastor who counsels and supports Aliciaâ€™s husband as he seeks to overcome his past.

Worldly themes certainly outnumber Christian themes, but as ReligiMedia writes, “The Good Wife has proven itself to be one of the most religiously nuanced and innovative shows in network broadcast.”

Letâ€™s pray that the upcoming episode on biblical arbitration continues this pattern.

If youâ€™d like to learn more about the basic principles of biblical conflict resolution, please visit the Relational Peacemaking section of our website. For more detail, read The Peacemaker: A Biblical Guide to Resolving Personal Conflict (Appendices B and D focus specifically on the mediation and arbitration of lawsuits between Christians).

If youâ€™d like to be trained as a biblical mediator or arbitrator, please visit the Training and Certification section of Peacemaker Ministriesâ€™ website.

Better yet, attend Peacemaker Ministries’ Living a Legacy of Peace Conference in Colorado Springs (Sept. 25-27), which will feature keynote addresses, workshops, and training courses by some of the most experienced Christian conciliators in the world, whom Iâ€™m privileged to count as dear friends and respected colleagues.

May God use all of these channels (whether a prime time television show, our RW360 website, or a peacemaking conference) to draw people closer to a gospel-centered way of resolving conflict and preserving relationships.

Post Script (10/6/14): Here is a link to the page where you can watch the episode, Season 6, Episode 3, â€œDear Godâ€ (beware of two brief sexual flashbacks in first two minutes). And here are some subsequent reviews of the episode, most of which were surprisingly positive: Alyssa Rosenberg,Â  Breia Brissy, Mike Hale, Sonja Saraija, Nora Grenfel, Michael Slezak,

13 Responses to "Peacemaking and The Good Wife"