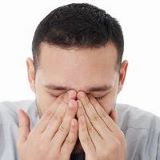 A lot of Christian leaders are being abruptly removed from their posts these days. Pastors, seminary presidents, ministry CEOs.

In many cases, they were fired without warning. One day things seemed to be going along just fine, and then suddenly they were told that â€œthe deacons (or elders, trustees, or directors) met yesterday and decided it was time to bring in fresh leadership.â€

Little or no discussion, and seldom any real effort to remedy the issues that triggered the removal. â€œWe prayed about it â€¦ weâ€™ve made our decision â€¦ letâ€™s just get on with it.â€

Many of these men have called me for advice. They are confused, angry, and feel deeply betrayed. And whatever they felt, their wives were feeling ten-fold.

I met one of these women as she was cleaning my motel room. Her husband had been forced out of his pulpit a year earlier. He was now selling cars. Sheâ€™d taken a job as a maid to help pay the bills. Neither had been in a church since the day the deacons told them to leave. My heart broke as she poured out her story of pain and disillusionment with the church.

Each of the situations Iâ€™ve learned about had its own unique facts. In some cases it appeared that it really was time for a leadership transition. But even then the process did not have to be carried out in an insensitive or disrespectful way.

Iâ€™ve noticed one common factor in almost all of these abrupt transitions, however: the failure to discuss leadership deficiencies, personal offenses, or sinful behavior in a timely and candid manner.

Whether from a misplaced emphasis on overlooking offenses and forgiving sin, or simply because the leadership team lacked the courage (and love!) to bring difficult issues out in the open, one team after another allowed disappointments and tensions to build until they overflowed in precipitous action and devastating personal rejection rather than thoughtful, gracious and humble discussion.

So point number one: donâ€™t overlook every offense or cover over every wrong (whether on a church leadership team or in your own home) â€¦ unless you can, by Godâ€™s grace, sincerely let it goâ€”for goodâ€”or you have candidly discussed it and truly laid it to rest.

If you canâ€™t resolve relational or leadership issues on your own, then ask for objective outside assistance, whether from a pastor, denominational leader, or one of Peacemaker Ministriesâ€™ highly qualified Certified Christian Conciliators.

Point number two: if some kind of major transition may need to take place (whether in a church, ministry or in your own home), always seek to provide the â€œThree Pâ€™s of Satisfaction.â€

When people do not agree with the final outcome (product) of a difficult transition, they will still find it far easier to live with the result if they feel that those in power (whether deacons, directors, or even parents) provided them with both process and personal satisfaction.

I cannot emphasize this point too much: Give people process satisfaction and personal satisfaction, and they will be more likely to accept an undesired transition and move on with their lives.

And point number three: if you have been part of a process that forced others to go through an unnecessarily painful transition, please, please admit your wrong and initiate a process today that can bring healing and forgiveness.

Even if your former pastor isn’t selling cars and his wife isn’t cleaning rooms, they may still need your help to let go of the past, feel safe again in a church, and move ahead with the new work to which God has called them.